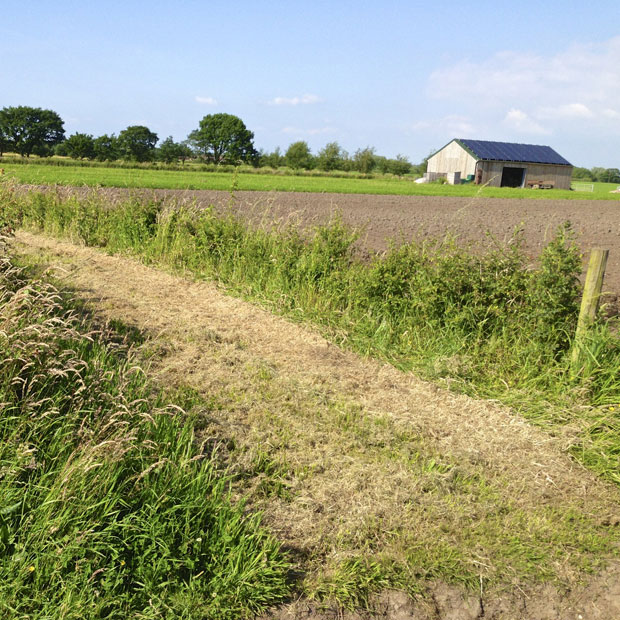 Sales growth had slowed right down after an intense few years, but there was plenty to do. We built our rooftop wildlife garden and pond and invested in 21 acres of prime growing land near Leigh, just under 14 miles by road from the shop.

A new co-op was formed to establish a veg-growing business at the site, and in the subsequent years, two bare hay meadows were transformed into a proper, almost self-contained farm, including a 200 sq metre barn, borehole and irrigation system, connection to the national grid and 60 solar panels, hundreds of metres of native hedging to provide habitat for birds and small mammals, and a compost toilet for staff and visitors. For a whole host of reasons however, the business did not proved viable, and Moss Brook Growers are now taking an extended break from growing in order to let the land recover from drainage issues. In the meantime, we are investigating various options for the future use of the land.