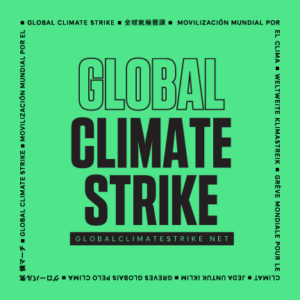 A turbulent and troubling few years for the UK; with Brexit trauma dragging on endlessly, the consequences of a decade of needless austerity becoming ever-more visible, and the twin ecological crises of biodiversity collapse and climate change becoming ever-more pressing. Unicorn marked the first ever Global Climate Strike by briefly downing tools on the day, hosting a banner-making session and sending a delegation of co-op members up to the march, joining many, many customers there too (the shop was almost empty!). We made climate change a priority in the allocation of our UK donations fund, as well as continuing to support grassroots climate change adaptation & mitigation projects in the Global South. After years of supporting community opposition to fracking, we warmly welcomed the news that it was to be halted, albeit by a government that had wasted years ignoring the science, lagging far behind the rest of the UK (and all the other major political parties). 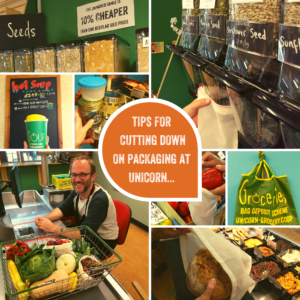 Our range has always been far less ‘packaged’ than the norm but this marked the start of a really exciting new era with loads more potential for ditching single-use packaging of all kinds; we look forward to where it will take us! Deli pot re-use reached nearly 50% by late 2019, and we dispensed our last ever plastic carrier in favour of a rentable cloth ‘deposit bag’ made from recycled plastic bottles. To similar ends, we also had a water bottle refill station installed outside for customers and passers-by.

Finally, we felt very loved after a whole heap of awards! We were named 2017’s Best Food Retailer at the BBC Food & Farming Awards and the Soil Association’s Best Independent Retailer the year after, followed in 2019 by Lancashire Life’s Independent Retailer of the Year award and Manchester Food & Drink Festival’s Food & Drink Retailer of the Year. Oh and we came top of Ethical Consumer’s national supermarket ranking. We’re not in it for the glory but we are proud to demonstrate what a worker-owned business with values can achieve….and not despite those factors, but because of them. Onwards!