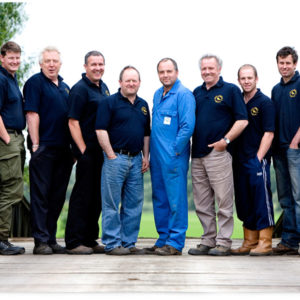 Pollybell Farms is around 1900 hectares, a conglomeration of what used to be 12 separate farms. Pollybell itself is part of the much bigger ‘Loveden Estates’ business, which owns other land and has been owned by the Brown family since 1994.

Polybell began conversion to organic growing in 1997, and by 2009 three quarters of the land will be organic. New challenges of controlling weeds, pests, and the micro-nutrient content of the soil without chemicals have been hard, but the conversion to organic has seen the farm grow from a struggling business to a successful one. Biodiversity has also improved – there are 3 areas of SSSI (sites of special scientific interest) on Pollybell land, including wet or flooded areas for wading birds and wildfowl. The farm is also in the Countryside Stewardship Scheme, and has planted many miles of hedges since 1997.